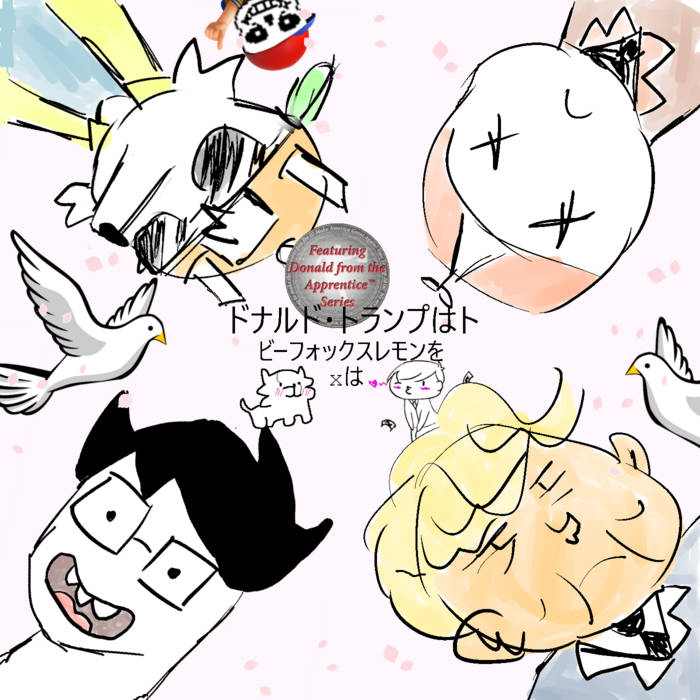 DO NOT BUY THIS SINGLE. WAIT, YOU ACTUALLY WANT TO DOWNLOAD IT? HERE'S THE LINK I GUESS, WEIRDO.
mega.nz#F!A4YhBQjD!MHzER9Oj9qQpWX5wCvCd9Q

RECEPTIONIST
Mister Trump, your royal highness, your bath is installed
You may take a bath now

TRUMP
I will take a bath later, whenever I please
Or I guess if I can’t stand the smell of dick cheese
Which I usually can, I’ve smelt cheese all my life
It’s smelt oft on me and it’s smelt on my wife

NARRATOR
Came a voice from behind the large door

FOX
If this floor isn’t tiled by tomorrow you’re fried
I’m here to consort with the president Trump
He expected my hands on his flabby royal rump
Let me into his room. I can hear his moans now

TRUMP
Come to me, Toby Fox. With your cock you must plow
Straight into my buttocks

NARRATOR
Fox’s stature was short, at least shorter than Trump’s
But he entered the room and grabbed Trump’s juicy rumps
He’d gained plenty of knowledge about how to screw
When rapidly he’d produced Undertale Two
And his address was leaked, his identity grabbed
And he sold his own body till it bruised and it scabbed
But no matter, for Fox was intrepid as fuck
A better man now, having gone through the muck
He inserted his groin into Trump’s waiting hole

FOX
Ugh, I should’ve waited before selling my soul
To that damned Andrew Hussie, for here is a swan
In the form of a chubby bald manwhore named Don

TRUMP
I’m a naughty boy, Toby. Just before you came in
I was licking so gently my very foreskin
Those acts which I lovingly call my self-fucks
For which I got a small loan of a million bucks
To increase my skin volume to make myself thick
For you know this thick dick used to be small and sick

FOX
I got fifty one thousand, considerably less
But what I did, dear Trump, I do have to confess
Was I made a great game that the Pope even got
(MatPat’s my disciple whom I’ve often taught)
So I think that my prowess is greater than yours
Plus you’re the one under my dick on all fours

NARRATOR
He slid in and then out. The receptionist stared
As Trump’s greatest moment was live on Twitch aired
For who was nearby and propped up on one knee
Naught but a cameraman named Andrew Hussie

we made muisc for cool and new web comic, a story based on homestuck but better

Bandcamp Daily  your guide to the world of Bandcamp